years after the event (dramatis personæ)

The Beatles, world famous pop group who forty years ago this month returned from the brink of break up to film a documentary of rehearsals for a live concert and LP. 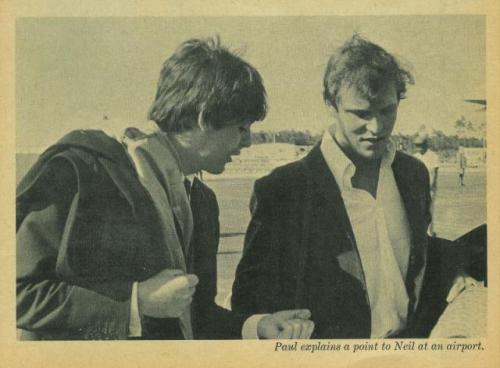 Neil Aspinall (1941-2008), the fabs’ former road manager turned head of Apple Corps from 1968 until 2007; served as Beatle wrangler and troubleshooter during these sessions.

Linda Eastman (1941-1998), professional photographer; the future Mrs. Paul McCartney who occasionally turned up at the studio with her then-boyfriend; mother of six-year-old Heather Louise Eastman See.

Mal Evans (1935-1976), former roadie; friend of the fabs; put upon gofer (whose duties seemingly extended to procuring heroin for the Lennons); drink mixer; and the man responsible (or who was at least blamed) for nailing Ringo’s kit down in the wrong spot at the beginning of the roof top concert.

Glyn Johns, Rolling Stones collaborator turned sound engineer for the fabs documentary (as he had a filmmakers’ union card); prepared two rejected albums based on material recorded during the sessions.

Michael Lindsay-Hogg, director of the fabs’ untitled film project; previously the director of the Rolling Stones Rock n Roll Circus (the Stones’ shelved television special that was filmed the previous year and in which Lennon and Ono performed) and the director of the promotional clips for the fabs’ Hey Jude and Revolution. (Couldn’t find a period picture of this guy which is irritating because I’m dying to know what he looked like then.)
(Update: Made a screen grab from Let It Be:) 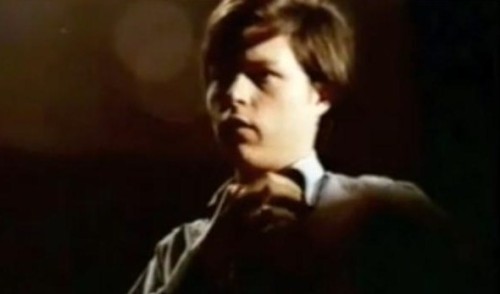 Alexis Mardas (Magic Alex), Greek television repairman turned head of Apple Electronics (and my personal favorite Beatles hanger-on); pioneer in voice recognition software; failed in his attempt to build a 72 track studio in the basement of the Apple building; squanderer of some €300,000 of Apple’s money.

George Martin, long time fabs producer; served as unofficial producer during the time the fabs spent at Apple studios (January 21-31) during these sessions; oversaw sound recording during the roof top concert; came to the rescue after Alexis’s failed attempt to jazz up the Apple recording studio; introduced to Billy Preston by John Lennon as the Beatles’ “A&R guy;” snazzy dresser.

Denis O’Dell, head of Apple Films; associate producer of Richard Lester’s Lennon-starring How I Won The War (1967) and Petulia; producer of the fabs’ Magical Mystery Tour (1967) television film; producer of The Magic Christian (1969), the film that Ringo was to begin filming on February 1, 1969 thus giving the Let It Be project its deadline; and future executive producer of Michael Cimino’s Heaven’s Gate (1980), which, needless to say, is his last film credit. And most importantly, Denis served as producer of the as of yet untitled documentary that the fabs were filming in January 1969. (I couldn’t find a picture of this one, hopefully you know why I chose the image that I did. UPDATE: I found a picture of Denis circa the Get Back era.) 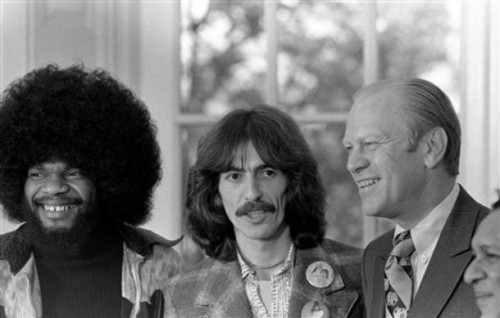 Billy Preston (1946-2006), keyboard player and organist; acquaintance of the fabs since 1962; invited by Harrison to join the in-progress sessions from January 22 on; only non-fab to receive billing alongside the band on one of their recordings (as he did on the Get Back/Don’t Let Me Down single, which was credited to “The Beatles featuring Billy Preston”); future Apple recording artist and a man whom Lennon wanted to offer full time Beatles membership to. 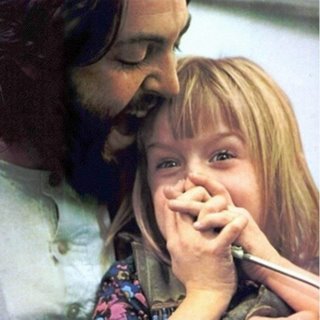 Derek Taylor (1932-1997), Brian Epstein’s personal assistant turned Head of Press for Apple Corps; while serving in a similar position for the Beach Boys, he was the first to marry the words “Brian Wilson” and “genius” in print in a press release for the Pet Sounds LP.

This entry was posted in cinema, context, Macca, music, years after the event. Bookmark the permalink.

4 responses to “years after the event (dramatis personæ)”