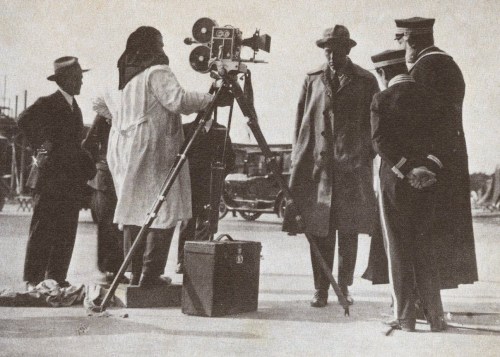 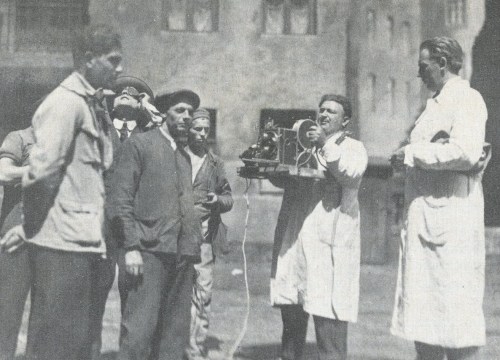 Murnau on right, next to Freund with camera mounted on belly. 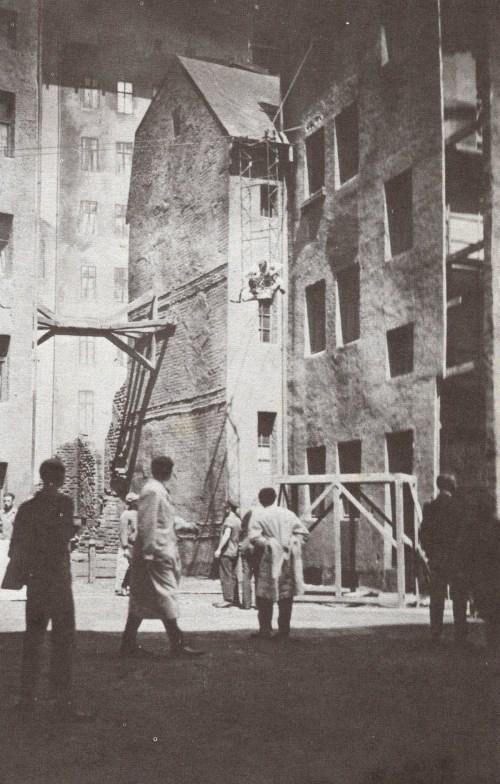 Arrival in a watching world. Picture by Associated Press at premiere of “In His Own Write”

While listening to those Get Back tapes it became clear to me that the fabs thought that the German language was hilarious. Here‘s Lennon indulging his sense of humor singing the theme to The Blue Angel, Falling in Love Again in mock German.

Posted in apple records, music, years after the event

A few day ago, this dubious NME story hipped me to the existence of a prefame recording made by The La’s in 1989. It features the band recording a handful of never-released songs in a kitchen and is nearly as good as their album–it might even be better despite the fact that the songs are mostly unfinished and fragmentary. It has the feel of the white album demos that the fabs recorded at Kinfauns. Here‘s a link to an edited version that removes the between song banter. A Kitchen Tape Thirty Days if you will. All killer. No filler.

The La’s, guided by their perfectionist leader, famously recorded their only LP a handful of times and then even disowned the released version of it. I always assumed that Mavers was being a crybaby for insisting on making the record so many times and ultimately not being happy with any of the results–even though the released version is one of the finest debut LPs around. But having heard the rejected versions, I can see why he was so unhappy. They’re pretty lackluster. 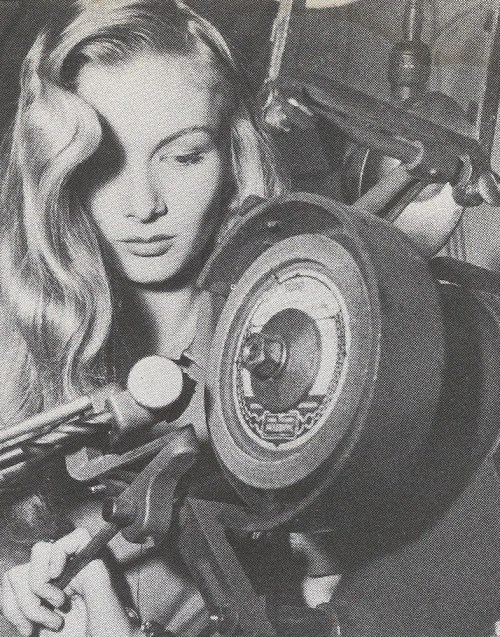 Above, Lake demonstrates how not to wear your hair when working in a munitions factory. Below, two posters for the Lake starring I Married a Witch. 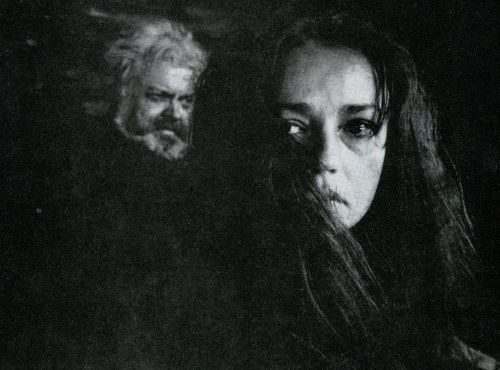 Orson and Jeanne Moreau in Falstaff. 1965.

years after the event (john and yoko april 1970) 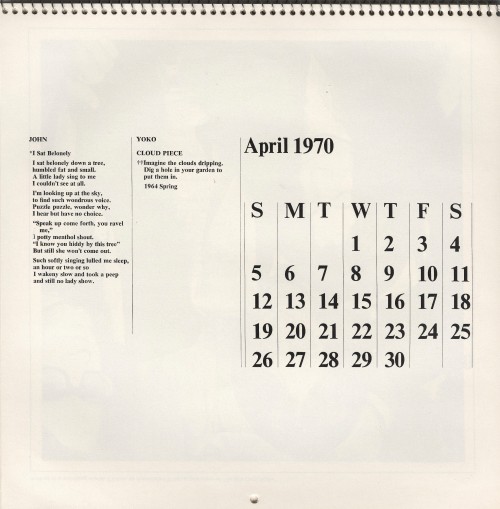 Posted in apple records, music, years after the event

This sounds promising. From August 1971. 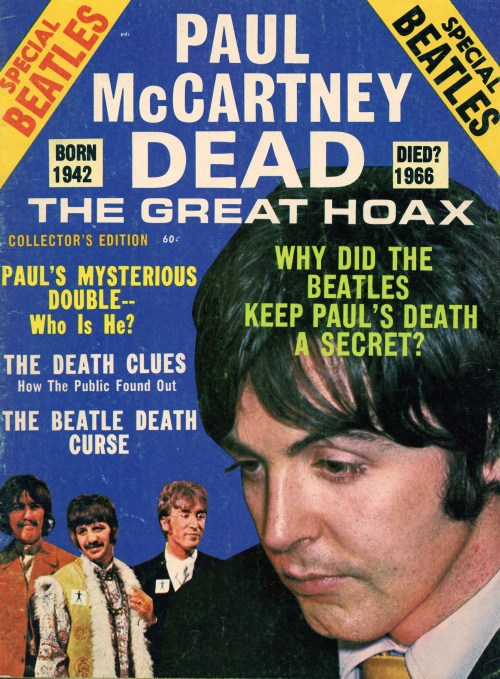 Some fly-by-night publication that promises to get to the bottom of the Paul Is Dead controversy. It succeeds only in confusing its reader more. I, for one, am confused as to why they couldn’t find a picture of Paul without such severe razor burn on his neck. 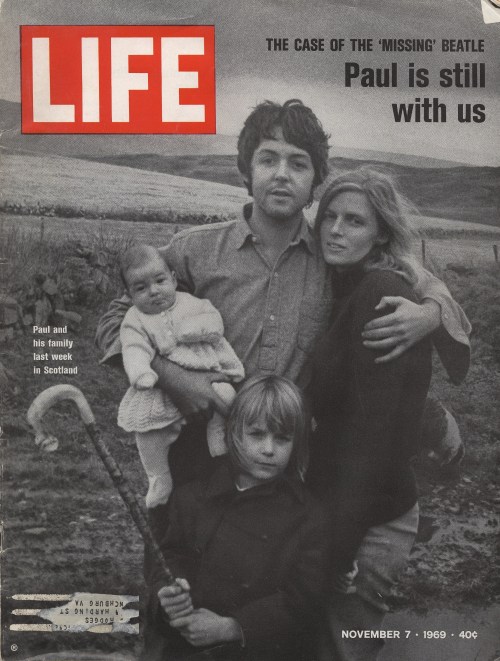 Life Magazine did its own investigation in late 69. This issue included a statement from Paul himself:

“It is all bloody stupid. I picked up that O.P.D. badge in Canada. It was a police badge. Perhaps it means Ontario Police Department or something. I was wearing a black flower because they ran out of red ones. It is John, not me, dressed in black on the cover and inside of Magical Mystery Tour. On Abbey Road we were wearing our ordinary clothes. I was walking barefoot because it was a hot day. The Volkswagen just happened to be parked there.

Perhaps the rumor started because I haven’t been much in the press lately. I have done enough press for a lifetime and I don’t have anything to say these days. I am happy to be with my family and I will work when I work. I was switched on for ten years and I never switched off. Now I am switching off whenever I can. I would rather be a little less famous these days.

I would rather do what I began by doing, which is making music. We make good music and we want to go on making good music. But the Beatle thing is over. It has been exploded, partly by what we have done and partly by by other people. We are individuals, all different. John married Yoko, I married Linda. We didn’t marry the same girl. The people who are making up these rumors should look to themselves a little more. There is not enough time in life. They should worry about themselves instead of worrying whether I am dead or not.

What I have to say is all in the music. If I want to say anything I write a song. Can you spread it around that I am just an ordinary person and want to live in peace? We have to go now, we have two children at home.”

By June 1970, Batman, whose artists seemed to think the fabs still dressed as though it were 1967, was on the thinly veiled case.