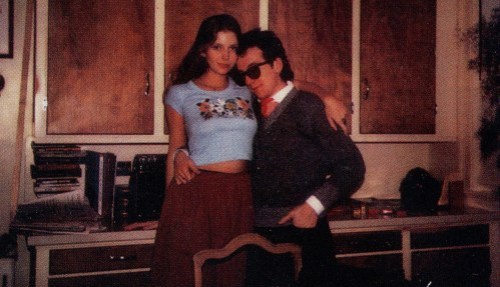 She said: “He was my Clark Gable.”

He said: “At best we were strangers with a coy and theoretical entanglement…However, she turned up with eight pieces of luggage like a mail-order bride…and I was too stupid and vain to resist. She’d later claimed to have inspired most of the songs on [Armed Forces]-all of which were already written when we met…It is a tragic delusion about which I could say: ‘I shall not dignify that with a response’ but ‘dignity’ doesn’t come into this story.”

God, that Elvis has a way with words.

This entry was posted in cute couple alert, music. Bookmark the permalink.