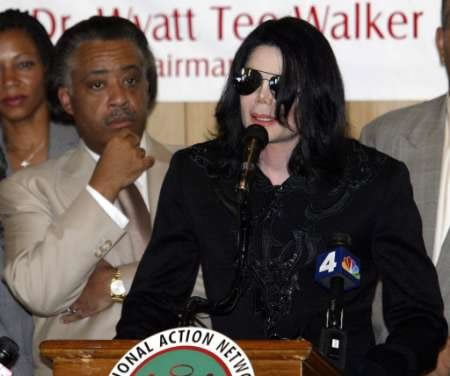 Michael further takes the glove off here and here.

And here‘s a Fox News interview from the same day—notice how the anchor calls him “The Gloved Wonder” and describes him as a “multi-platinum singer” as if she were talking about Ralph Tresvant and not the person who put out Thriller. It’s predictably condescending in tone (though MJ’s claim of having just written “somebody” a check for $500 million dollars is pretty hard to believe) but Michael sort of sits the reporter down—correcting her as she misquotes him and answering her inevitable stupid 9-11 question with the stupid answer it deserved: “What are your thoughts of 9-11, being here in New York?” “I hated it; I’d hate it if it were anywhere.”

Martin Bashir was waiting in the wings.