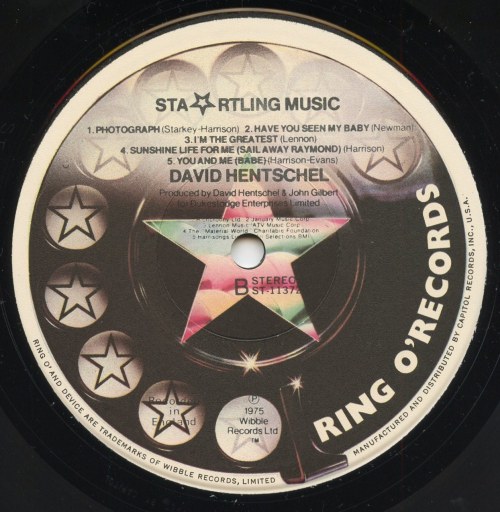 Here’s a weird one. A synth-based track-by-track cover album of Ringo Starr’s Ringo LP on Starr’s own Ring-O Records vanity label (because, at the time, Ringo was as obsessed with his nickname as he is now with the concept of “peace and love”). This album is not unlike Paul’s Thrillington project (which was recorded a few years before it but released a few years after it) in that the Beatle involved couldn’t be bothered to play on the thing so the actual music is played by top-drawer session folk. In the case of Startling Music, most of the drumming is handled by Phil Collins. And because it’s a former Beatle in the 70s, of course at least one track has a reggae lilt about it. Those dudes couldn’t get enough of that stuff.

This entry was posted in music, record labels, years after the event. Bookmark the permalink.