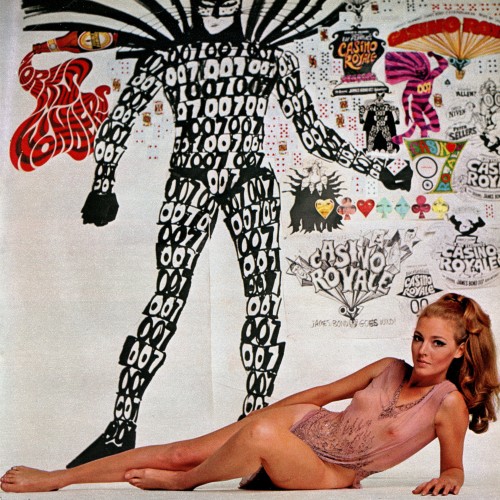 This is the first of a new series on Casino Royale. The series is really just an excuse to post images from a February 1967 Playboy pictorial which featured photos taken on the set of the film (some depicting scenes that didn’t appear in the finished film) and nearly all of the film’s actresses in various stages of undress. It should be pretty groovy so stay tuned.

Oh, above we have Joanna Pettet, Casino Royale’s Mata Bond.