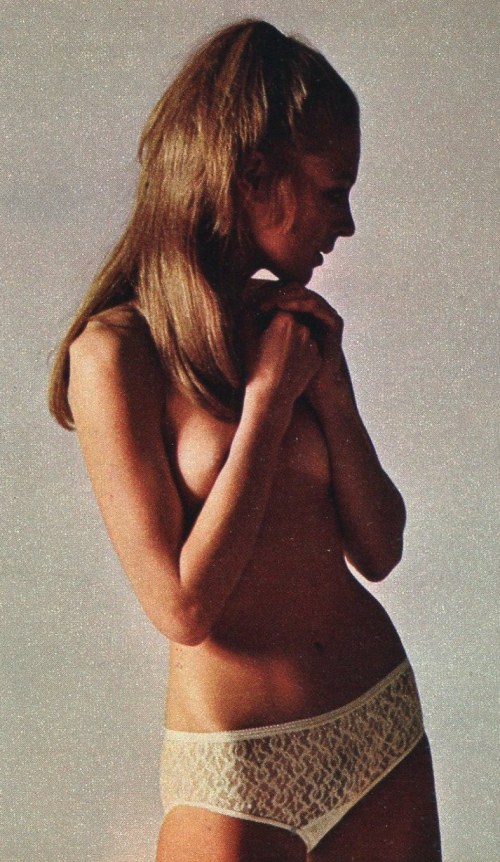 As Miss Moneypenny and Mata Bond, respectively, Barbara Bouchet (below) and Joanna Pettet (above) adorned the James Bond spoof Casino Royale. Barbara made it mainly on the strength of a nude surfside smooch with Hugh O’Brian, most of which was snipped from In Harm’s Way; but Joanna was already a veteran of two films, including The Group. – Playboy. January 1969.